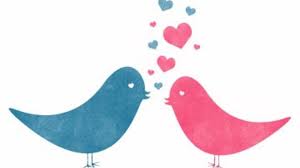 Love in the Time of Social Media

Look around the room at the people near to you, chances are one of them is on their phone right now. They might be texting, but they are probably on social media. There are 9,100 tweets every second, 81 million fake profiles on Facebook and there are people out there who met partners through Pinterest – who knew that was a thing? Oh OK then, everyone except me… We have strategies for how we use social media at our work places and for our children, should we be approaching our dating lives the same way?

If your Facebook profile is anything like mine once was, it reads as a collection of photos that you should have tried harder to escape from, taken on nights out when you’d had a few too many to be making eyes with the camera. On the other side of the coin, there are hordes of profiles filled with ‘slightly’ edited photos. Sometimes this a photo of someone who is just working their “best angle” but often it can give unrealistic expectations about the way people really look. Neither of these is an ideal basis for letting our real selves be known.

However, social media profiles can be an incredibly useful tool for checking someone out before a date. Does this person have an unusually low amount of Facebook friends? It could mean simply that they are selective but it could also be an indicator that something is amiss. Don’t let social media ruin your love life if a potential date decides to check up on you either. Just like an enhanced profile can increase your appeal, a steady stream of updates about past failed relationships and old photos you took with your ex can kill it. If you’re not willing to make some changes, give your privacy settings a quick update.

There is a huge convenient factor to this type of dating. One in five people in the world owns a smartphone: it is seven in ten in the UK. As a result, apps are all the rage, allowing you to connect easily with people you are linked to either geographically or through share social networks. There are apps that allow you to connect to friends of friends if they rate your social media pictures as ‘hot’. You can also make this kind of culture work for you to the opposite effect, an anti-social media. There’s a new app that enables you to avoid people you know that are nearby – pretty handy if there’s someone in the area who you don’t fancy bumping into or if you just feel like being anonymous for a little while.

Overall, social media is rapidly allowing us to enhance our dating possibilities and it is definitely here to stay. The effect really is positive, the University of Chicago found that relationships that begin online are happier: 6% of married couples that met online divorce, compared to 7.6% of those that met offline. Well-kept social media profiles can help our chances in terms of career, social life and love life, so they’re well worth a little time investment.

Written by Team Toyboy Warehouse and published as part of our 30 Blogs in 30 Days campaign.

It’s a man’s world…in the media

The Language of Love – Toyboy Warehouse’s Guide to Pulling Overseas
Get the latest from the blog: