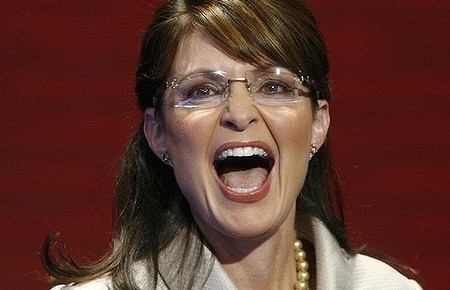 The idea of a woman’s sexual attractiveness topping out at 30 is going the way of the dodo, if PornHub’s new data is any indication.

The actress, who has been in films on and off since the mid-90s, hardly fits the stereotype.

She’s busty, sure, but also filled out everywhere else. And at 42, she is perhaps best-known for playing a Sarah Palin-alike, complete with Hockey Mom glasses, gubernatorial power suit, and semi-automatic rifle in (ahem) seminal Who’s Nailin’ Paylin.

While the controversial politician and pundit may not be many people’s idea of a great date, one thing is for certain – well-groomed, approachable older women are considered enormously attractive across the board.

As for answering the question of why this particular genre continues to run and run, results are mixed. Some say it’s the experience. Some cite more rounded figures as the key attraction. Still more claim it’s a glimpse of the forbidden fantasy.

Asked if women should feel positive, neutral or negative about this, he says: “Probably neutral? Or maybe positive. It’s in a flattering way, not like ‘women should feel grateful to still be attractive at that age.’ They really are.”

But the trend, it seems, is hardly new. Benjamin Franklin is supposed to have written, ‘In all your Amours you should prefer old Women to young ones’ as advice to a friend in 1745. Meanwhile, one third of Japanese men report preferring older women to younger ones.

This post was written by a Toyboy Warehouse community member.

Join in the discussion below or on our facebook page.

Ask Gaynor⎢What do older women find attractive about younger men? Is it all sex?

Men Confess: reasons younger guys fall for older women
Get the latest from the blog: