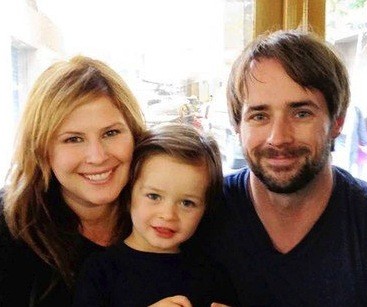 Old enough to be his…. Wife

“When he moved to Los Angeles, Charlie Capen, 20 at the time, could have joined his friends hitting the clubs. Instead, he fell in love with a woman eight years older, an age difference that has provided far more benefits than challenges — except for one thing.

“When she’d start to talk about Duran Duran or Erasure, I was like, ‘What are you talking about?'” said Charlie Capen, now 31 and married to Avara, 39, for eight years.

Aside from light teasing about divergent pop culture references, and occasional jokes that Avara will trade Charlie in for a younger model, the age gap barely registers in their romance, even as society still looks askance at the pairing of an older woman with a younger man.

But to many people actually involved in older woman/younger man pairings, the age difference can be a boon, if it matters at all.

“(It was attractive) to be with someone on their own two feet, less self-centered, interested in doing stuff not based so much on distractions but on real life,” said Charlie Capen, an actor and co-founder of the blog howtobeadad.com.

Avara Capen, an executive assistant in the entertainment industry, was drawn to Charlie’s youthful idealism. “He wasn’t beaten down by life,” she said. “He had this spark for life that is infectious.”

As the years pass, age matters even less, though Avara Capen said she’s feeling the physical toll of approaching 40 as their son turns 3. The couple waited to start a family because “it was very important to me that Charlie really have a chance to pursue his dreams without the stress and responsibility of having a child,” she said. “I wish there was a way to have started our family earlier.”

Reproductive realities are a common evolutionary reason academics cite for why men tend to go for younger women, and women for older (i.e., more financially stable) men. And some studies have shown men and women are happiest in households where the husband is older than the wife.

But that’s not a universal finding.

A study published in 2008 in the journal Psychology of Women Quarterly found that women 10 or more years older than their partners report being more satisfied and committed to their relationships than women who are the same age or younger than their partners. That could be because the power dynamic in those relationships is more equitable, said social psychologist Justin Lehmiller, co-author of the study, or because only the most solid partners pursue age gap romances given the stigma.

People in age gap couples perceive more prejudice against their relationship than same-sex or interracial couples, Lehmiller’s research has found. Women bear the brunt of the criticism regardless of whether they’re on the younger or older side of the spectrum, with the cougar or gold digger labels reflecting a deeply rooted sexism that judges women’s sexual activities far more often than men’s are judged, said Lehmiller, who teaches at Harvard University.

It’ll Never Last… Or Will It?