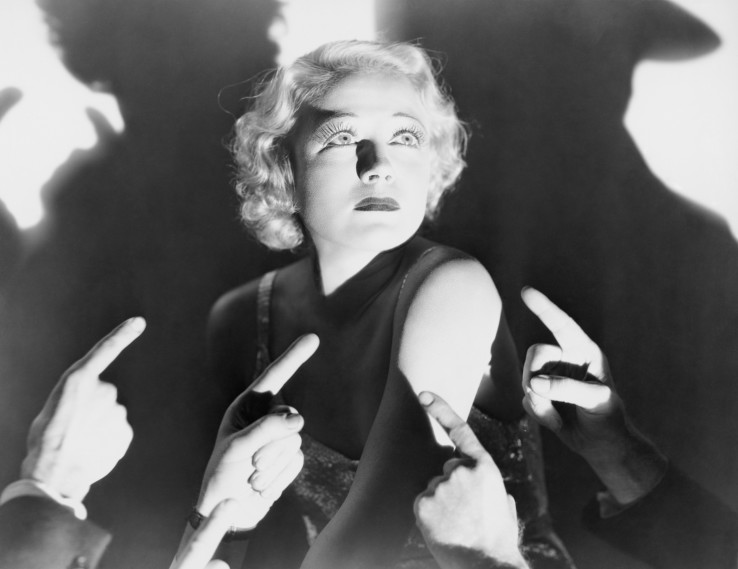 Isn’t he a bit young?

The age of my playmates has never been before a topic of discussion, as in, “Isn’t he a bit young?”.

I bring it up now because there was a brief flurry of a discussion on social media about not dating people under 28 as they’re not “serious enough”. The eyebrow went up and the lips pressed together*. I very carefully refrained from diving in — after all, I married at 22 to someone who was about the same age.  I’d say we were pretty serious.

It really does depend on the definition of serious, I suppose. Like dating, it’s one of those words which means a multitude of things to different individuals.

Back then, serious was move in together, get married, build a life together…. forsaking all others for each other.

To me, now, serious is simply committing to someone exclusively. To put it bluntly, don’t sleep with other people. But even that simple statement requires further definition, particularly in today’s context. For instance, do we agree to delete our profiles from all dating websites? Do we stop talking to those we had connected with? What constitutes cheating?

Sadly, we are not telepaths or empaths. We only have words, and they are poor tools for communicating such complex issues. It’s further snarled up by the fact that what’s important to one person may not even be on the radar of the other.

Like many singletons, I would like a partner in life, I also have a child, so on the face of it, someone in their early 20s would be unlikely to want to “settle down” with someone like me. It would require a certain maturity, yes?

The thing is, maturity is a funny thing. I know 40-somethings and even 50-somethings who behave like my 6 year old, have not really taken many risks in their lives and have attitudes that would not be out of place in a secondary school. That is not to say that they have not led meaningful lives. My recent dating adventures have shown me that it’s not the number of years lived, it is how they have been lived, and how you choose to live now.

I am firmly middle-aged. Many have observed that I have had a turbulent past and done a lot. But that is only compared to some. In the last six months, I have encountered a handful of under 30s who have done so much more with their relatively short spans. Of those, three have played international sport and lived in different countries. Two have had experiences with death that I would not wish on anyone. One is possibly in a war zone right now. Two of the three are under 25. Collectively, they have taught me so much. They opened my eyes to worlds and concepts that I would not have otherwise encountered. All of them had wonderful stories to tell, had so much energy and such enthusiasm for life, it was invigorating.

Maturity for me, is also about how self-aware you are. How much you can see how your words and actions impact on another person and how much you care about what that effect is. How self-aware were the 20-somethings I’d encountered? This is the trouble with blanket judgments – there will always be wrinkles to trip you up. One was, is, simply astonishing. And continues to impress me with the depth of his mind and character. I am honoured to have made his acquaintance. He is only 23.

Were any of them looking to “settle down”? No. But before you say, “I told you so”, that doesn’t mean that they wouldn’t if the circumstances arose. I could tell that one definitely wanted to, but the voices that cried, “But you’re only 24!” were loud and troubling.

And here’s the thing that I learned painfully: I will never know if someone will be a life partner. But I may find someone to fashion a life with. And who is to say that it will be a single life? I am now living one that is wholly different to the one I had a year ago. So we may form something that lasts only a year, or it may last 20. A flower that lasts only a season, is no less beautiful. Note that to blossom, that plant needed to be nurtured and given time to grow.

I remain open to the possibilities. Age is just a number, yes, but it is also so much more.

*The teeth ground a little and the eyes rolled.

~ Crucially, they did not lecture me, give me advice, compete with me, or try to pat me on the head.
+My dating website of choice is Toyboy Warehouse. I think that says a lot about my prejudices.

Too Little Too Young

Angry Young Men
Get the latest from the blog: