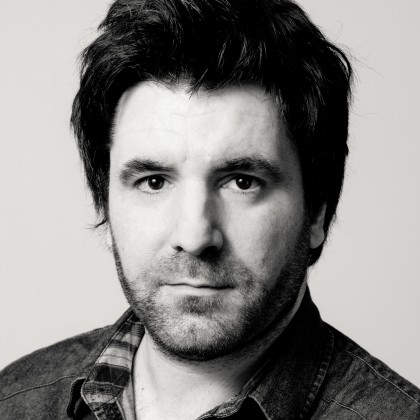 Mark Restuccia is a London-based stand-up comedian that has been a finalist in just about every stand up comedy competition there is, including the prestigious BBC New Comedy Award in 2011. He was also selected for the Pleasance Comedy Reserve showcase at the Edinburgh Festival in 2010. He’s not only one of the busiest comics on the UK circuit, but also over the whole of Europe as well. He’s also an ex-serial dater and was one of the most prolific Internet daters in his weight class for years. He’s also an author, actor and voiceover artist.

In 2012, Mark took his sell-out show ‘How to Succeed At Internet Dating’ up to the Edinburgh Festival where he gained rave reviews:
‘Online dating is a hilariously embarrassing topic and that’s what makes this show an instant hit. His string of failed dates makes his desperate addiction so comical that you will be roaring with laughter.’ – Cream of The Fringe (5 stars)

Mark’s pace and wonderfully self-deprecating stories makes for a fantastic show that might, just might, make you think twice about Internet dating.’ – The New Current (4 stars)

Then he decided to tell his story about the immense struggle to find a soul mate on the London singles circuit in this book - ‘Your Place Or Mine? - The Pleasures and Perils of Internet Dating’

Here is a link to the book where you can watch a funny video and pledge some money to help get it published and get some goodies for doing it:

No favorites added yet.

No photos uploaded yet.